Let Us Begin to Make Sense!

Senses are the physiological capacities within organisms that provide inputs for perception. The senses and their operation, classification, and theory are overlapping topics studied by a variety of fields, most notably neuroscience, cognitive psychology (or cognitive science), and philosophy of perception. The nervous system has a specific sensory system or organ, dedicated to each sense.

Human beings have a multitude of senses. In addition to the traditionally recognized five senses of sight (ophthalmoception), hearing (audioception), taste (gustaoception), smell (olfacoception or olfacception), and touch (tactioception), other senses include temperature (thermoception), kinesthetic sense (proprioception), pain (nociception), balance (equilibrioception) and acceleration (kinesthesioception). What constitutes a sense is a matter of some debate, leading to difficulties in defining what exactly a sense is.

Non-human animals also have receptors to sense the world around them, with degrees of capability varying greatly between species. Humans have a comparatively weak sense of smell, whilst other species may lack one or more of the traditional five senses. Other species may also intake and interpret senses in very different ways. Some species of animals are able to sense the world in a way that humans cannot, with some species able to sense electrical and magnetic fields, and detect water pressure and currents.

There is no firm agreement among neurologists as to the number of senses because of differing definitions of what constitutes a sense. One definition states that an exteroceptive sense is a faculty by which outside stimuli are perceived. The traditional five senses are sight, hearing, touch, smell and taste, a classification attributed to Aristotle. Humans are considered to have at least five additional senses that include: nociception (pain); equilibrioception (balance); proprioception and kinaesthesia (joint motion and acceleration); sense of time; thermoception (temperature differences); and possibly an additional weak magnetoception (direction), and six more if interoceptive senses (see other internal senses below) are also considered.

One commonly recognized categorisation for human senses is as follows: chemoreception; photoreception; mechanoreception; and thermoception. This categorisation has been criticized as too restrictive, however, as it does not include categories for accepted senses such as the sense of time and sense of pain.

Non-human animals may possess senses that are absent in humans, such as electroreception and detection of polarized light.

A broadly acceptable definition of a sense would be "A system that consists of a group of sensory cell types that responds to a specific physical phenomenon, and that corresponds to a particular group of regions within the brain where the signals are received and interpreted." Disputes about the number of senses typically arise around the classification of the various cell types and their mapping to regions of the brain.

An internal sense or interoception is "any sense that is normally stimulated from within the body". These involve numerous sensory receptors in internal organs, such as stretch receptors that are neurologically linked to the brain.

Some plants have sensory organs, for example the Venus fly trap, that respond to vibration, light, water, scents, or other specific chemicals. Some plants sense the location of other plants and attack and eat part of them. 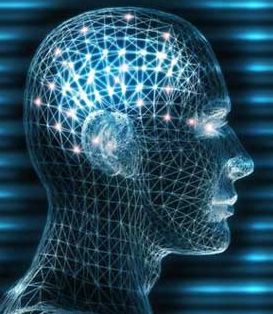 This is really strange because in class whenever I ask all of these real smart public school graduates (who know all about Africa and other phenomena) how many senses they have they allways tell me five (5), AND THEN SOMETIMES they may say 6 (six). I wonder why!