Note: In a classroom in a Negro school a pupil gave as his news topic during the opening exercises of the morning, a report of the Princess Anne Lynching of October 18, 1933.

A brief discussion of the facts of the case followed, after which the student in charge gave this direction: pupils, rise, and give the flag salute! They did so without hesitation!

"I pledge allegiance to the flag"—
"They dragged him naked
"Through the muddy streets,
"A feeble-minded black boy!
"And the charge? Supposed assault
"Upon an aged woman!
""Of the United States of America"—
"One mile they dragged him
"Like a sack of meal,
"A rope around his neck,
"A bloody ear
"Left dangling by the patriotic hand
"Of Nordic youth! (A boy of seventeen!)
""And to the Republic for which it stands"—
"And then they hanged his body to a tree,
"Below the window of the county judge
"Whose pleadings for that battered human flesh
"Were stifled by the brutish, raucous howls
"Of men, and boys, and women with their babes,
"Brought out to see the bloody spectacle
"Of murder in the style of '33!
" (Three thousand strong, they were!)
"One Nation, Indivisible"—
To make the tale complete
They built a fire—
What matters that the stuff they burned
Was flesh—and bone—and hair—
And reeking gasoline!
"With Liberty—and Justice"—
They cut the rope in bits
And passed them out,
For souvenirs, among the men and boys!
The teeth no doubt, on golden chains
Will hang
About the favored necks of sweethearts, wives,
And daughters, mothers, sisters, babies, too!
"For ALL!" 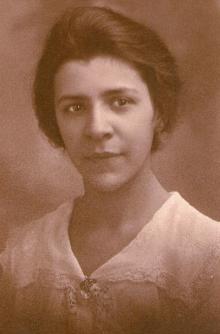