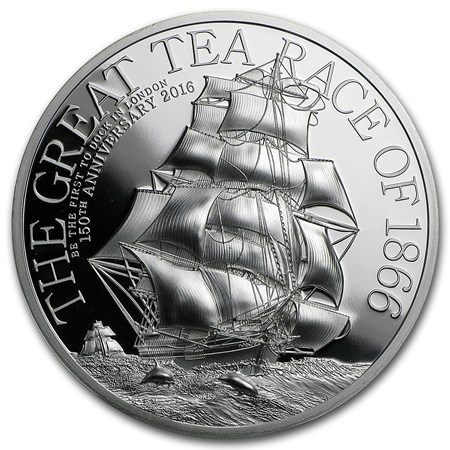 Not that I am aware of, I came across this coin today during my search and located the associated information via wiki.

Does this coin have a numismatic value?

In the middle third of the 19th Century, the clippers which carried cargoes of tea from China to Britain would compete in informal races to be first ship to dock in London with the new crop of each season. The Great Tea Race of 1866 was keenly followed in the press, with an extremely close finish.