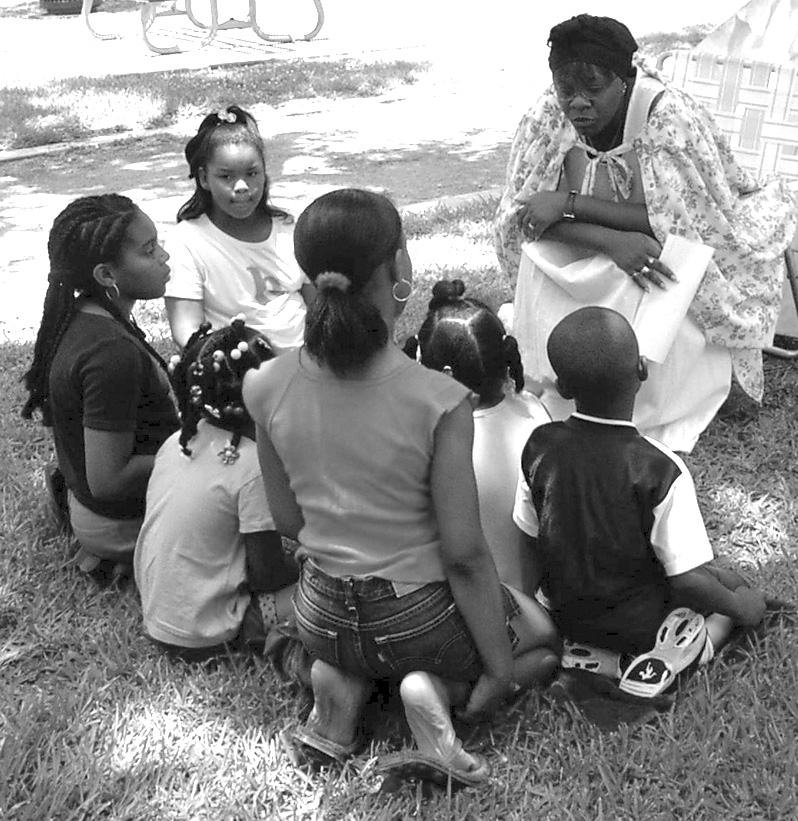 Open House at Inward Journey this evening we attempted to take a backview of the significant trauma suffered by our "immediate survivors"
(ancestors) of the prison work camps where they were enslaved. We
attempted to trans-teleport back to the year 1865 and give voice to
feelings and emotions that maybe could (?) have been addressed as if
representatives of the many work-camps in the area had came together to
set forth an...agenda... for a "liberated people" (or as I might call
them, strangers in a strange land) after decades of subjugation. Our
effort was well presented and the follow-up "role play" conducted by
our facilitator, Mr. Al Lewis, portrayed startling evidence of what the
resulting "untreated post oppressive trauma syndrome" looked
like...today. The resulting thoughts, for me, re-enforced many of the
societal situations and issues that we face today. Given that so many
people today act-out, lash-out, and many times shoot-out with less than
total knowledge of...what came over them, I can see where this
"event", had it occurred, could have borne...the true fruit of
LIBERATION!﻿

One particular emotion addressed the separation of family, where the Poppa of a family had been sold-off by "massa" when
the little boy was 8 years old and how the rest of the family reacted
and responded to their father being torn away from them. The boy
remarked how his father had trained his children to work in the field
and how to do other work and probably passed on family history and as
best he could, had protected his family. And when, eight years later,
came liberation, the now 16 year old voiced his desire to "find" and
reunite the family with "Popa". As this was important to this man/child,
others felt the need to begin to look immediately at how they were to
survive in a land that they had no ancestral heritage to, along the
lines of social-economics.

Then the examination of how "family separation" set-up the foundation for years of dysfunction experienced by generations of "liberated people". The resulting psychological drama, identity misappropriation, and other real and hypothetical situations having their roots in the earliest of untreated trauma. The hope was, I suspect, was for this group of individuals to begin to understand how far back many of our "today" familial problems go.

I was amazed at how I felt afterward; finding a greater historical
sense of identity and the wonder of "if" this kind of debriefing had
happened...where oh where would we be today!

Comment by E Donelson II on October 11, 2010 at 4:33pm
"Deep regressive introspection"...yes, that's the name. I really want to make the journey soon. I figure it has taken all these years to prepare and now with a mere glimpse...

Comment by Aaron (Al) Lewis on October 11, 2010 at 9:16am
Ernest, I have seen people really descend into the role, but it takes a much longer time than what we had to put people in a position of what I call emotional safety. There are deeper levels of regression and techniques to attain them, but again that takes time and separation. That is why the Underground Railroad Training Odyssey is so effective. It is designed to with the express purpose of creating a "container" where deep regressive introspection occurs.

Comment by E Donelson II on October 11, 2010 at 7:17am
This process does take time and forethought...had many of us been prepared to do this exercise I have no doubts that the results would have been more startling to us. Few people are ever prepared to go deeply into "thinking" that is no necessarily theirs, as many of us suffer from delusional thinking about our ancestral heritage. It is this type of "release" and awakening that could have changed the course of history in this country IF it had happened back then. A question I posed to myself was, were there "skilled" individuals then that could have brought this process to the groups of "liberated" people, for a desired outcome? Who, what person among them could have had that much wisdom and vision?
Needless to say, our facilitator probably was the most well equipped individual to address this with us. His abilities are a result of years of training and many hours of self-examination and evaluation. Our community is much too "outta sorts" to imagine this process as a mass effort and it is probably best for small groups of open-minded individuals. I appreciate and applaud the effort Al and certainly will be mindful of everything that was brought to our collective attention.
Bro. Lumumba, maybe one day you will join with us on one of these...short journeys!

Comment by Lumumba Ali on October 11, 2010 at 7:04am
Humm, this sounds interesting Ernest, so was this video-taped? Being able to go into that inner self and recreate that pain and to act out on it is a very interesting technique towards breaking a post-traumatic syndrome..

Comment by Aaron (Al) Lewis on October 10, 2010 at 9:49am
Bro. E. if there would have only been time and forethought enough, but of course that's all wishful thinking.
What we have come to know is that the consequences of that form of continuous trauma has been devastating.
It must be looked at appraised for what it is and a plan made to feel and heal it or.........